Melbourne Zoo is testing ground-breaking computer technology to determine how closely orangutans interact with humans. It is hoped that the use of games and images will provide these intelligent animals with more intellectual stimulation.

The Melbourne Zoo is a 22-hectare animal paradise with over 320 species housed in cutting-edge facilities and naturalistic settings. The zoo’s main goal is to save wildlife and educate the public about conservation.

The Orang-utan Sanctuary, where visitors can observe the animals’ natural interactions in their treetop home, and the iconic penguin enclosure, which allows an underwater and up-close experience with baby penguins and the native Australian fur seal, are the main highlights.

In addition, daily zookeeper talks and feeding times provide visitors with a more in-depth understanding of the animals they are viewing and the efforts being made to conserve their natural habitats in Australia.

“Roar and Snore” is an overnight slumber party that takes place within the grounds of the Melbourne Zoo, providing visitors with a unique opportunity to observe the fascinating wildlife after-hours. 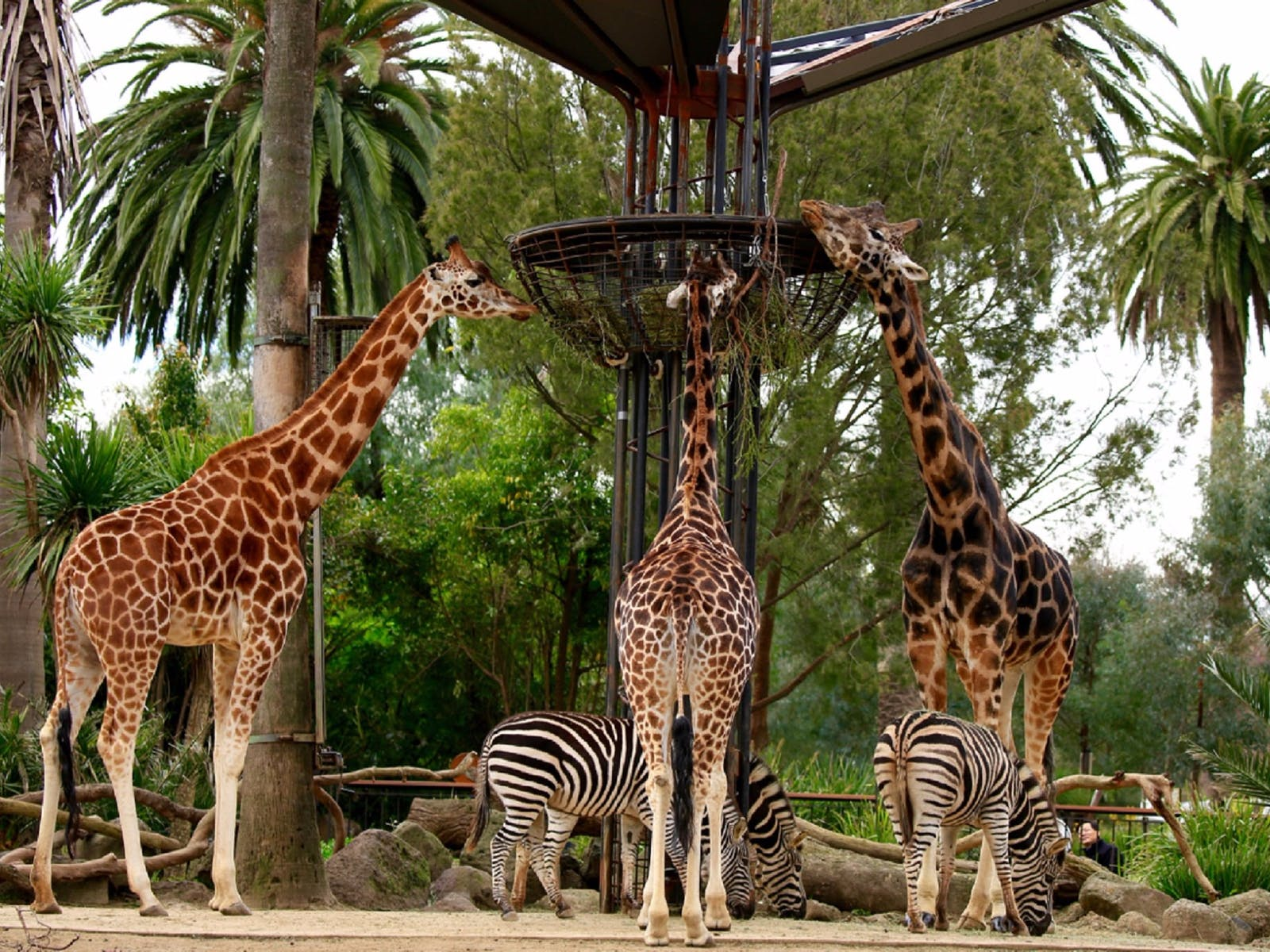 A trial at Melbourne Zoo is looking into whether computer technology can provide intellectual stimulation as well as a way for orangutans to interact with humans.

Melbourne Zoo is attempting to determine how much orangutans want to share their love of computer games with visitors by using parts of an X-box, a laptop, and a projector.

The technology projects an image on the floor that functions as a touch screen with which the orangutans can interact.

“We wanted to see if he could see that he was interacting with a person through the technology, and he got it right away,” said Dr Marcus Carter, a Microsoft Research Centre scientist.

Ms Neville stated that the project demonstrated how similar humans are to orangutans, which share roughly 90% of human DNA.

“They want to learn and play just like we do, and that’s how they’re enriched and fulfilled,” she explained.

According to Rachel Lowry of Zoos Victoria, keeping savvy primates like Malu occupied and stimulated is a particular challenge.

“We are very aware that Malu, as a teenage boy, requires more problem solving every day because he is so smart,” she explained.

He put the zoo on lockdown last year after staging a daring escape into the grounds.

‘We certainly hope it will keep him busier and prevent him from taking on his own problem-solving tasks,’ Ms Lowry said.

The smart technology is intended to move with the orangutans’ skeleton, much like the interactive, sensor-based computer games that humans enjoy.

There is also the possibility of giving orangutans unprecedented control and independence over their own living arrangements.

“We’re looking for ways to give all of the animals in our care more choice because that means better welfare,” she explained.

As part of the NSW government’s effort to reduce waste, every household will receive a food scraps bin.

Top 10 Relaxation and Unwinding Locations in...