Novak Djokovic is out of the Australian Open in 2022, but Naomi Osaka is back. The drawings for the 2022 Australian Open were made public four days before the start of the year’s first Grand Slam tournament. Only one of the reigning champions will participate.

Novak Djokovic, the current No. 1 men’s player, has drawn the greatest attention to the draw. He was refused admission into Australia after being granted a medical exemption to travel there despite being unvaccinated for COVID-19. He won an appeal, but his visa was revoked a second time. He was forced to withdraw after losing an appeal to that decision on Sunday. In the first round, he was scheduled to face fellow Serbian Miomir Kecmanovic, ranked 78th in the world.

This year’s event will feature defending women’s champion Naomi Osaka. Naomi Osaka took a break from tennis following the US Open due to continuing mental health difficulties. She is the 13th seed and will face Colombia’s Camila Osorio, who is ranked 53rd, in the first round.

Here’s a rundown of the other top seeds coming into the Australian Open 2022, as well as which Americans will be competing.

Daniil Medvedev, the reigning US Open champion, is the second seed. In the first round, he will face Henri Laaksonen of Switzerland. Alexander Zverev is the tournament’s third seed. The young German has yet to win his maiden Grand Slam championship.

Rafael Nadal, who shares the most Grand Slam championships in men’s singles history (20) with Novak Djokovic and Roger Federer, is ranked sixth. Because of reoccurring ailments, Nadal missed Wimbledon and the US Open last year.

Andy Murray, a three-time major winner, and five-time Australian Open finalist will compete in Melbourne for the first time since 2019, albeit as a wild card. Murray has only appeared in a few games since undergoing hip surgery in 2018. In the first round, he will face No. 21 Nikoloz Basilashvili.

Federer is anticipated to be out for at least the first part of the year while he recovers from knee surgery.

This year’s Australian Open features fifteen American men, three of whom are seeded: Taylor Fritz (20th), John Isner (22nd), and Reilly Opelka (24th) (23rd). In the first round, there will be only one all-American matchup: Isner vs. Maxime Cressy.

Sam Querrey, Sebastian Korda, Steve Johnson, and Frances Tiafoe are some American men’s tennis players who have had grand slam runs in the past.

Ashleigh Barty of Australia is ranked first in the world. In her career, the two-time Grand Slam champion has failed to reach the Australian Open final. Lesia Tsurenko, a qualifier from Ukraine rated 120th in the world, will be her first-round opponent.

In the first round, Emma Raducanu (17th), the 2021 U.S. Open winner, will meet American Sloane Stephens. Raducanu made history as the first qualifier to win a Grand Slam event.

After winning the WTA Finals in 2021, Spanish star Garbie Muguruza is ranked third. In 2020, the two-time Grand Slam winner reached the final of the Australian Open.

Many of the top ten women in this year’s competition are first-time competitors, with a few former Australian Open champions seeded lower. Angelique Kerber, the 2016 winner, is ranked 16th this year.

Seven-time world champion Serena Williams stated in early December that she will not compete in this year’s Australian Open. 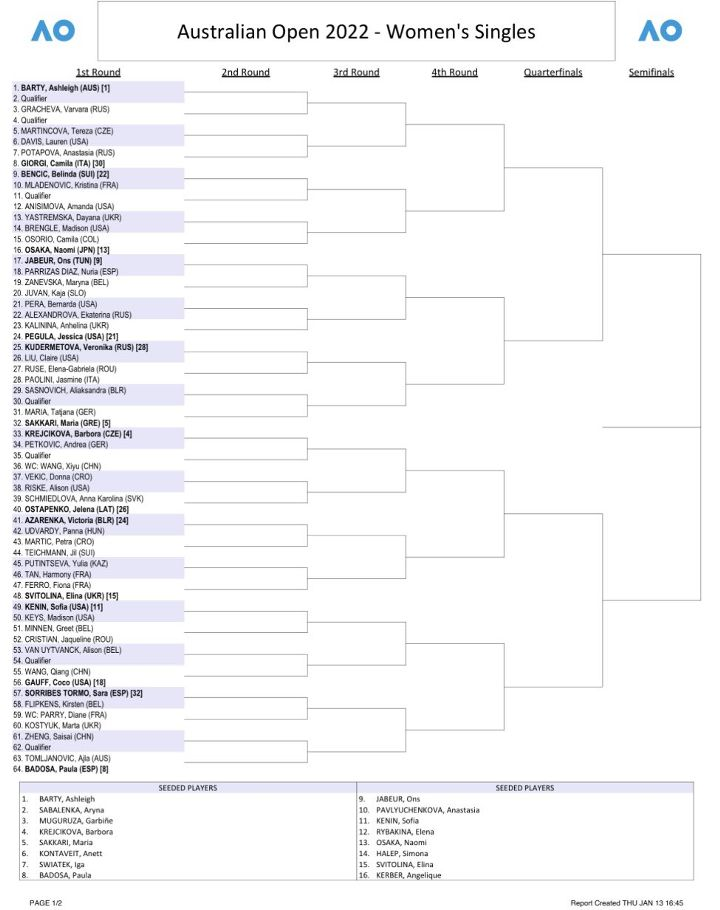 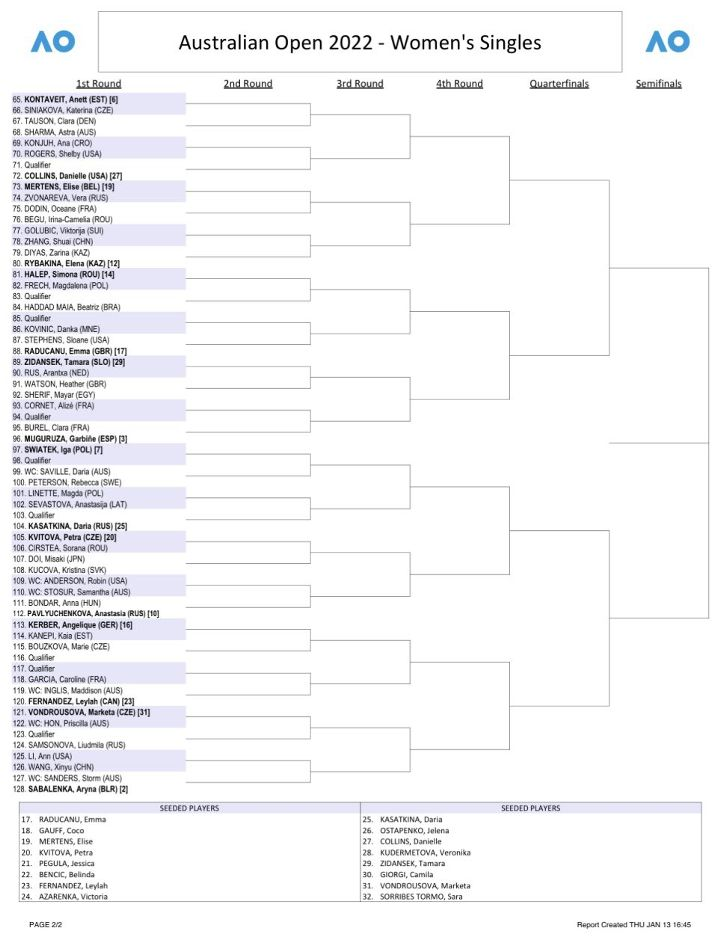 Do You Dare To Visit All These Places On Your 2022 Trip To Australia?

Why TELEGRAM IS AN ALTERNATIVE TO THE...