Home Information Scientists have warned Australia that there is a ‘catastrophic risk to humanity.’
Information

Scientists have warned Australia that there is a ‘catastrophic risk to humanity.’

written by Jasbinder Singh 19th May 2021

A group of eminent scientists has urged Australian leaders to address an often overlooked issue that they say poses a “potentially catastrophic risk to humanity.”

Researchers argue in a new report that the growing presence of chemical pollution poses a risk comparable to climate change.

The authors of the report, which was published in the journal Environment International, warned that while the “benefits of synthetic chemicals to everyday life are undeniable,” they also pose serious contamination risks.

According to the researchers, this risk has “accelerated markedly in the last half-century.” 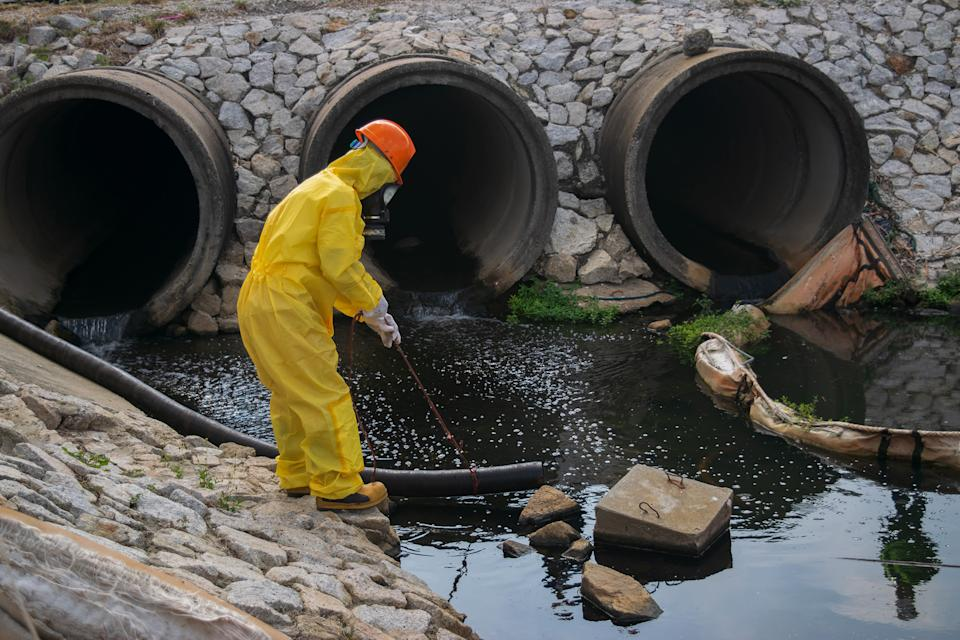 Chemical pollution has reached unprecedented levels in some parts of the world, according to researchers. Supplied source

“Mining, mineral processing, farming, construction, and energy production all discharge trillions of tonnes of chemically active material into the environment.”Researchers stated that it would “take over 100,000 years to evaluate all existing synthetic chemicals for human and environmental safety, and an additional 2,000 years to evaluate each year’s new products” for nanoparticles and chemicals found in personal care products and home cleaning products.

The report’s lead author, Laureate Professor Ravi Naidu of and the University of Newcastle, said federal and state governments in Australia and around the world should seize the economic and employment opportunities that stem from addressing the issue of rising chemical pollution.

“Pollution now claims the lives of nine million people each year,” he said in a statement.

“This is by far the worst case of avoidable death and injury in human history. Every country on the planet, including Australia, is past due for action.”

Rapidly developing countries such as China and India have vowed to address the pollution crisis, with Chinese President Xi Jinping allocating billions of dollars to clean up the country’s land, water, and air pollution, while India also seeks to address air pollution issues and clean up its toxic cities.

Prof Naidu believes that with a little government assistance, Australia’s already $3 billion clean-up industry could thrive in the global fight against chemical pollution by focusing on exporting our skills and technologies.

“Clean-up is a thriving, high-tech industry in and of itself, with a strong global growth trajectory. Governments must play a role in hastening the process “he stated.

“Most people are concerned about climate change, and many are changing their lifestyles and working to mitigate it. This does not yet apply to chemical contamination, which is out of control in many parts of the world, including Australia.”

While recognising Australia as a leader in attempting to build international support to address the issue, he is calling for governments to sign on to a Global Contamination Accord in which leaders pledge to reduce the impact of man-made chemicals on human health and the environment.

Chemical pollution from a wide range of household, consumer, and agricultural industrial products has been linked to “heart disease, cancer, stroke, diabetes, and a rising epidemic of brain damage and mental disability,” according to Prof Naidu.

It’s a problem that scientists have been warning about for a long time.

Prof Barbara Demeneix, a biologist and endocrinologist and the author of Toxic Cocktail: How Chemical Pollution Is Poisoning Our Brains, warned last year that the rise of environmental contaminants will have an impact on future generations.

“Chemical pollution has now reached unprecedented levels,” she wrote in the Financial Times. “Every child born today is ‘pre-contaminated’ with hundreds of chemicals.”

Aside from climate change, she cited rising chemical pollution and biodiversity loss as “asteroid threats” to the planet.

Ireland and Australia miss out on a place in the Eurovision 2021 final after San Marino reveals its star guest performer.

More Than 1.4 Million Australian Families Will...