Home Information Solar customers would be put off by a’sun tax.’
Information

Solar customers would be put off by a’sun tax.’

Under a plan that could charge panel owners for exporting energy, two-thirds of households would be less likely to purchase rooftop solar.

This is according to a survey of over 1000 NSW residents commissioned by the group Solar Citizens, which has spoken out against the plan and dubbed it a “sun tax.”

This year’s proposed changes to energy market rules could result in network operators charging rooftop solar owners for exporting energy to the grid during peak times, such as during sunny days.

“We are concerned that once these charges are implemented, they will stymie Australia’s adoption of clean solar energy,” Solar Citizens’ Ellen Roberts told AAP.

Rooftop solar is currently installed in approximately 2.6 million Australian homes and businesses, with that figure expected to double within the next decade.

The survey found nearly 60% of respondents opposed to the plan, including those who did not have panels installed themselves. 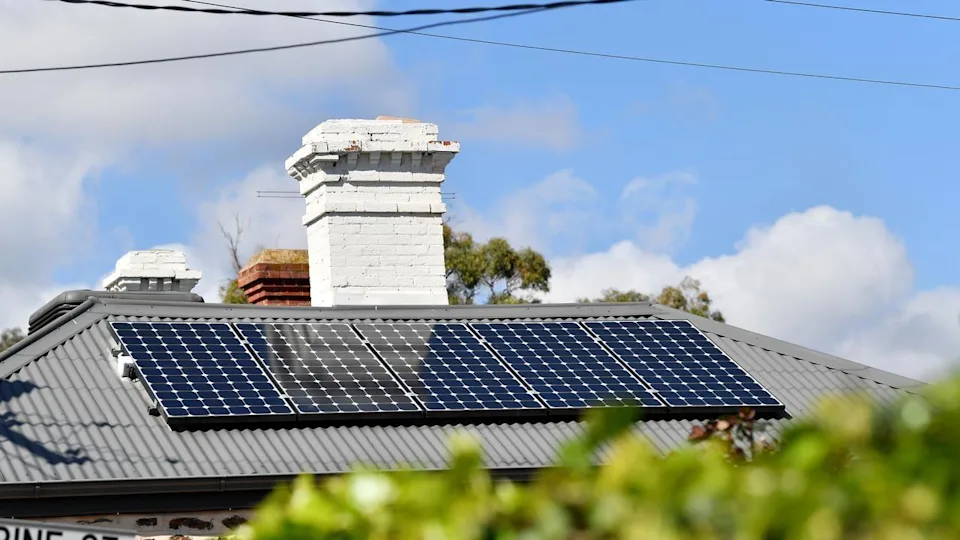 The Australian Energy Market Commission (AEMC), which sets the rules for the national electricity market, estimates that households without solar will save an average of $15 per year under the plan, while those with larger solar installations will lose an average of $150 per year.

It claims that if market rules are not updated, solar households will face increasing limitations on the amount of energy they can export as the local network reaches capacity for extra flows.

Meanwhile, the companies that operate the electricity grid claim that the rule change is required to prevent voltage spikes and outages.

“The idea that anyone would want to throw out this rule change strikes me as a bit silly,” said Energy Networks Australia CEO Andrew Dillon to AAP.

He stated that it was unsurprising that it appeared unpopular with solar panel owners if presented as a cost-cutting measure.

Mr Dillon, on the other hand, stated that the rule change would simply acknowledge that the electricity grid is transitioning to a “two-way” grid, with energy flowing to and from households.

He claims that the ability to export to the grid is a service provided by network companies that is not recognised by the current market rules.

“The export charging arrangements would be balanced by payments for exports at other times,” he explained.

State governments, however, have expressed reservations about the proposal.

“These draught rules were proposed by a privatised network in South Australia to clean up the mess that mismanaged private networks had created,” he said in a statement.

According to the new rules, “any household that wishes to export solar power into the grid may face a charge.”

The state government of New South Wales has stated that it is in discussions with the AEMC.

According to the Solar Citizens survey, 63% of those who have solar installed in their home or business voted Labor, while 39% voted Liberal.

46% of those polled had solar installed, and nearly half of those who did not were thinking about getting panels.

Submissions on the proposal closed in May and a decision is expected later in June.

How to Claim Your $500 Disaster Payment in Steps

If you despise taking out the trash, this intelligent trash can seals and replaces bags for you.

The Samsung Galaxy Tab series is the...

7 Events That You Must Check Out...